I might start posting more shorter posts more frequently. I have been thinking about writing some longer posts on a few topics, but I have not gotten started. Perhaps putting smaller posts online and then combining them later is the way to go.

I also might start posting more images on the site as well. Even if they have nothing to do with the text. Someone suggested it in one of the few useful comments that I get. I might post some art, since I think I should know more about art. I should probably know more about a lot of things.

For a long time I have used a WordPress plugin called Twitter Tools to create a weekly post of tweets. It was pretty neat. I was tweeting web sites so I could use my blog to bookmark sites. (See more pages about it here and here.)

I also use it on a few other sites I help run, and recently Twitter Tools “upgraded” from 2.4 to 3.0. And it seems to have stopped working. There are no more weekly digest posts.  I am not the only person who is having problems with it. There is a plugin called Twitter Digest that I might look at.

Right now I am writing something in Ruby that will get tweets and format them in HTML. So I can copy and paste my tweets into my blog. (I don’t think there are APIs for WordPress, but I could be wrong.) I will put it on Github. I guess it’s redundant, but I am doing it as a bit of an exercise.

I am still looking into Ruby, but there might be a pause in the Ruby posts for a few weeks.

I was at a Meetup a while ago, and I got a free month of Pluralsight. They have digital educational content for technology training.

They seem to lean pretty heavily towards Microsoft technologies, but they do have a few courses on Clojure and Android. So I will be going through those for a couple of weeks in addition to looking into Ruby. 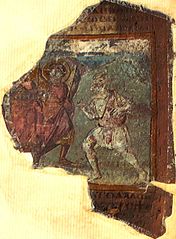 I have decided to learn other technologies during my job search. I applied to Code Academy here in Chicago. It is a 12-week program that teaches Ruby on Rails and entrepreneurship. I am also interested in Clojure and Android, but I decided that I needed to sign up for some training to give myself some focus.

The only Clojure training that I could find was only a week. I did not look for Android training. Code Academy is three months, and a lot of people in the Chicago technology and startup communities are involved to provide mentors, equipment and advice. I think that getting training of longer duration will be better because there is more time to absorb the material. Plus there are a LOT of people involved. I will still be jumping off a cliff at the end, but I think that the chance of success is a lot higher.

The current class is the second class to go through.

The original intent was to teach web technologies to entrepreneurs since a lot of startups fail since most founders do not know technology and do not always communicate well with their developers. Plus a lot of developers do not know much about being on the other side of the desk. I plan on staying a software developer, but I would like to know more about what makes founders, investors and VCs tick. A few people have suggested that I go freelance, but then I would have to deal with sales, and paperwork, and all the things that software developers do not like. What is the difference between an S-Corporation and an LLC? These will be covered in addition to Ruby on Rails.

There were also some people in the first class who were software developers who wanted to transition to Ruby on Rails. After speaking to a couple of them, I decided to apply. When I had the interview I also spoke to another developer transitioning to Ruby on Rails.

I will still be posting about Java. I am finally getting around to some posts about things that I have been thinking about for a while.

Lastly, to use some pseudo-Java notation,  “Code Academy” != “CodeCademy“.

Recently I went to No Fluff Just Stuff. I learned a lot, and I will write up my thoughts on some of the presentations. A few of them dealt with a topic I had started exploring: concurrency.

I am also looking at Clojure. So there may be a LOT of posts on concurrency.

I got a legitimate comment on one of my posts. Soon I will be famous. I am looking for a Twitter plug-in. I would like a plugin that will grab my tweets for the past week and put them on my site. I tried Twitter Tools by Alex King. I cannot get it to work. Perhaps it does not work with the latest version of WordPress.

Doing a search on “Twitter” on the WordPress site gives a lot of results. I must be the only person who has NOT made a WordPress plugin for Twitter.

So if anyone can point me to a Twitter plug-in  that can publish my tweets once a week, let me know.

The website for the Chicago Java Users Group has been migrated to Blogger. I have updated the links on my site. You can reach the new site at http://blog.cjug.org or just http://cjug.org

I have moved my Apache James pages from the static pages generated by OpenCms to the regular blog. You can find them here. They are about James 2. The Apache Foundation recently released James 3. I have not tried out James 3. When I do I will write about it.