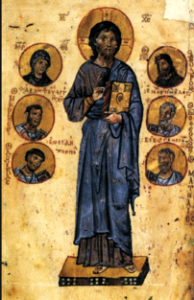 There was another Emacs meetup in early December. The turnout was pretty good. I think there were six or seven people online.

One of the presentations was about building regular expressions in Emacs. A few people were frustrated that Emacs reg-exes are not compatible with Perl or Java reg-exes. I don’t remember too much about the other presentation topic. I am not really interested in dealing with package managers right now.

I pointed out after the presentations that the 2020 EmacsConf had just happened the week before. I asked if anyone knew about it, but nobody did. I only knew about it because I had looked at Sacha Chua’s website a couple of days before the meetup. At some point I will go through some of the videos that look interesting to me. Many of them are 10 minutes long. There are quite a few on org-mode.

On the front page there are links to EmacsConfs for prior years.

One of the 2020 talks was a guy who used Emacs to write a novel. I wonder if it has or will get published. I have never written or published a book; I thought that the publishing industry revolves around MS Word (which I hate). Norman Richards was at the meetup, and he has published a few books (a page about him on O’Reilly’s site, and a couple of books at Manning that he contributed to here and here). He said that not all human editors require MS Word.

Afterwards, I ordered the org-mode course from Udemy. It was on sale and they said it never expires, so why not?

Image of Deesis from a 10th century manuscript made at the Monastery of Great Lavra on Mount Athos; image from Wikimedia, assumed allowed under Public Domain.