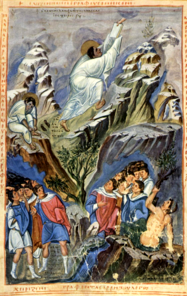 I attended the local Emacs meetup a few weeks ago.

I mentioned I am getting into Org mode. Someone said I should look at Org-Agenda. There is also Org-roam which attempts to replace Roam in Org-mode. It looks interesting. I will put it on my ever-expanding to-do list.

We also talked about how there are a lot of emacs start kits out there, like Prelude, Doom Emacs and Spacemacs. I think there are a few others. I noticed that a high percentage are based on evil-mode. The appropriately named Evil mode is a vi emulator running in Emacs. I wonder if there was a push a few years ago to get vi people to move to Emacs, or if something happened in the vi world to make some people look for an alternative.

I first got into Emacs about 20 years ago at my first programming job. All the developers had Sun workstations. Someone showed me vi, and it was (and still is) bizarre. I think the idea of modes is stupid (at least the way vi implements them; “modes” in Emacs are more like add-ons or plug-ins for other apps, and you can run several at once). Someone showed me Emacs. I said “What happens in Emacs when you press the ‘a’ key?” The guy said: “The letter ‘a’ is added to the file whereever the cursor is. Just like almost ever other text editor on the planet.” I told him to show me more Emacs.

If you had to toggle a database between read-mode and write-mode, you would quickly find another database. Vi is like the Unix version of the Microsoft paper clip: “I see you are editing text. Do you want the text to actually appear in this file?” Yes, that would be great. And to all the people who say they use vi because it is on all Unix systems, that is not too different than people using Windows because that’s what the computer came with, or using Office because everybody else does. That’s not better, that’s just inertia.

WRT which is better: Emacs can emulate vi, but vi cannot emulate Emacs. I think that settles it.

I did start making a few tables in org-mode. My tire pressure sensor kept going off, but it does not tell me which tire. So every time I filled my tires up, I would fill up a tire, turn my car back on, and see if the sensor was still flashing. I would repeat that for each tire until I was clear. It only took a couple of times to figure out it was the same tire. But I made a list with the date and which tire. I realized one way to learn org-mode is that every time you have a problem, ask yourself if org-mode can help. So now I know a little about tables in org-mode.

I still have an org-file that I am using as a to-do list. I think that every month I will update it by getting rid of all the tasks that are done, and archive it.

There is another Emacs meetup this week. Perhaps knowing more Emacs users will help me in my goal of finding a job where I do not have to use any Microsoft software every. Keep in mind I am not an Apple person; I have realized that when I tell people I do not want to deal with MS, they just assume that I am an Apple fanboy.

I am almost done with the Go tutorials on Pluralsight. I have one more to go through, then it is back to Spring and on to Kotlin. But I might take a detour into the one Elixir course. I am still tired of typing “if err != nil”, but I found my chi-balls, so typing does not hurt as much.

One of them took me a while. The instructor was using MySql, and I decided to use Postgres. I went to the list of Go SQL drivers and I used pq for a while, but since it is deprecated I switched to pgx. I had to upgrade my version of Go, and I had to change some of the code for the driver. With pq I could just use the standard Go libraries, but with pgx your code has to become pgx-specific.

At some point, I plan on writing more about why I am interested in Lisp, and also thoughts on my ideal job. Before I got the job I am at now, I interviewed with National Instruments. I thought it went well, up until the final question. He asked me to describe what I thought would be an ideal job within the company. How can you get that wrong? Maybe I was supposed to say that I would have to work there and see what they have to offer and what it is like before I could answer that question. Or maybe I did, and for some reason that was the wrong answer. Or maybe I said something that made him think I was crazy. But lately I have been thinking about that question, and I will start writing down some answers.

Image from the Bible of Patrice Léon, a manuscript made in Byzantium in the 10th century; image from Wikimedia, assumed allowed under Public Domain.