History for rails and rspec project: 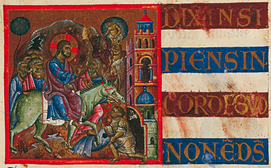 Dave Hoover
He had to create his own software engineering education
His advice:
1. seek out mentors
2. kindred spirits
3. Community

He tries to be the worst person on the team
Keep diving deeper into Rails, know about testing
he uses TestUnit – no RSpec back then
Expand your bandwidth, drink from the firehose
Learning is fun, but debugging may not be
Learn how to expand/contract your bandwidth
After Code Academy: Don’t be discouraged
Very few people just walk right into a job
It takes some time
Reach out, ask people in the community, find out what is out there
Apprentice: 8th Light, Groupon, Trunk Club
You will need to hustle

We want a model without a database table

No migration generated, but it still has ActiveRecord in it

so take out “< ActiveRecord::Base”

If you just run “rake”, it will run your tests
Jeff do not test your views, just your models and controllers

2012-03-22_08.30.05
Modules: you can include or extend a module
you can extend a module and use its methods as class methods by calling with “extend”
in irb: you can require or include files

It is better to use composition than inheritance many times
inheritance cements the relationships. It only works for one kind of re-use: is-a

In modules you can make a method self.method_name and you can make those available at module level
No instance needed

self keyword: it refers to the current object
class scoped code is executed when code is read/loaded/class initialized
It is only run once

That second self will print “main” even though you are not in a class, “out in hyperspace” as Jeff puts it

In class scope, self returns name of table, inside an instance method, self refers to the instance

— look for a “collect” method

This may be how Rails does find_by_column name:
it uses regular expressions in method_missing

You could also call super in method_missing

Another use of modules: namespacing

If you have two classes with the same name, you will get the union of the classes
If the same method name is used, the last method defined wins

You could add to String, Array, Hash

modules package stuff for re-use and good for namespacing

You can call instance.respond_to?(length) to see if it will respond to that method call

You may get stuff in a variable

will give the gems with “acti” in the name

will tell you where the gem was installed

In rails apps, there is a lib/tasks directory
Make a file called flights.rake

it must go in a block

Then you can call “rake jeff”
To see in the list, put
desc “sample rake task”
in the file – before line with :task

This will make the :jeff task run the :prereq task first

What if you deal with models?

You can namespace your tasks